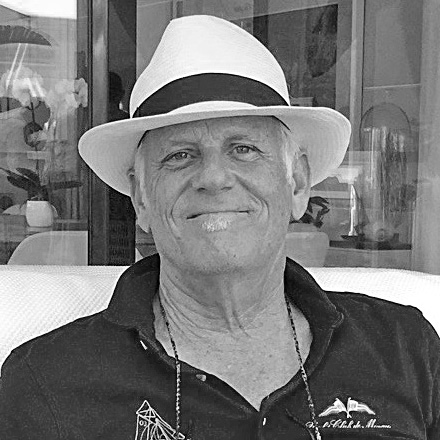 Craig Spenser Harvey has been the Founder, CEO and main shareholder of Spencer Ship Monaco , a full services yacht brokerage company, specialising in yacht sales, yacht distribution, and services located in Monaco, since 1995.

His career began in 1972 as founder, manager and major stockholder in PLANET sarl, Nice France. PLANET became one of the largest pleasure boat and water sports dealers and distributors in Europe. It held over 50% of the European water ski and competition ski boat market with brands such as Connelly Skis & Correct Craft Boats. PLANET was also one of the original Sea Ray dealers in Europe and Chris Crafts’ largest dealer in the world for several years running.

A pioneer in Export Development and setting up marine and equipment dealers and distributors for pleasure boats in Europe, Craig developed the first European floor planning package in conjunction with Borg Warner and EXIM Bank. Along with his strongp marketing and communication skills, Craig has a rare ability to go in and get the groundwork, set up and operate new and innovative projects. He lhas been successful in several fields. In addition to the marine sector, for example, he was a co-founder of the French high-end wine business, Olivier Leflaive, which is based in Puligny Montrachet, a commercial property development and high tech in the USA and France.

From 1984 to 2005, Craig was one of the founders and members of the Board of Directors and major shareholders of luxury wine maker SEVIB D.B.A. Olivier Leflaive Frères from Puligny Montrachet, France. Initially involved in product positioning for the North American market, negotiations with original partners e North American distributor, Hiram Walker / Allied Lyons.

Throughout these years, Craig has been active in several businesses. He is one of the founding shareholders of Latcom/CLC communications for mobile trucking systems (1985 to 1996), sold to Nextel. Further, he was Export manager and then President of communications of the software and high-tech business TELEMEDIACARTES S.A. of Sophia Antipolis, France, and SMARTECH of Seattle, Washington. Specialized in Smart Card software and applications (credit cards with a microchip on them), Craig negotiated a joint business development with Telecom France, IBM, GTECH (a world leader in online lottery systems), Arthur Andersen , and Singapore Development Board. He is a founding member of Smart Card Industrial Association (1986 to 1991).

From 1992 to 1994, he was a partner in Lassen Trading of Atlanta, Georgia. He was also an export representative for American-made pleasure boats and marine products. Craig doubled sales in a down market, set up the European office, and brought in companies such as Cruisers, Rampage and Fountain Powerboats to the partnership.

From 1993 to 2014, Craig was a partner in Orcas Business Park in Seattle, Washington, which owns and manages a 13-acre commercial real estate park in an industrial section of Seattle.

We use cookies on our website to give you the most relevant experience by remembering your preferences and repeat visits. By clicking “Accept All”, you consent to the use of ALL the cookies. However, you may visit "Cookie Settings" to provide a controlled consent.
Cookie SettingsAccept All
Manage consent

This website uses cookies to improve your experience while you navigate through the website. Out of these, the cookies that are categorized as necessary are stored on your browser as they are essential for the working of basic functionalities of the website. We also use third-party cookies that help us analyze and understand how you use this website. These cookies will be stored in your browser only with your consent. You also have the option to opt-out of these cookies. But opting out of some of these cookies may affect your browsing experience.
Necessary Sempre abilitato
Necessary cookies are absolutely essential for the website to function properly. These cookies ensure basic functionalities and security features of the website, anonymously.
Functional
Functional cookies help to perform certain functionalities like sharing the content of the website on social media platforms, collect feedbacks, and other third-party features.
Performance
Performance cookies are used to understand and analyze the key performance indexes of the website which helps in delivering a better user experience for the visitors.
Analytics
Analytical cookies are used to understand how visitors interact with the website. These cookies help provide information on metrics the number of visitors, bounce rate, traffic source, etc.
Advertisement
Advertisement cookies are used to provide visitors with relevant ads and marketing campaigns. These cookies track visitors across websites and collect information to provide customized ads.
Others
Other uncategorized cookies are those that are being analyzed and have not been classified into a category as yet.
ACCETTA E SALVA