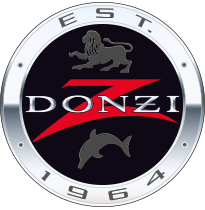 Donzi Marine is Back on the Great World Nautical Scene  and Chooses Spencer Ship Monaco to Represent it.

Spencer Ship Monaco, the ideal full services brokerage boutique, is very pleased to announce the new prestigious appointment as the International Distributor and Export Representative of DONZI MARINE out of their new factory in Washington, North Carolina, USA.
The mission of Spencer Ship Monaco is to assist in the sale, development, servicing and shipping of Donzi boats in the international market, and to identify, set up and support the international dealer and distribution network for the brand, outside the American territories (Canada, US, the Caribbean, Puerto Rico, South America, and Mexico).

DONZI was established in 1964 and is known as a legend in the performance powerboats and pleasure boats industry. With nearly 60 years of history, the original Donzi was spawned from the racing exploits of an equally legendary figure, Don Aronow, the renowned pilot and industrialist in motorboating from the 1960s to the 1980s. Today Donzi uses all its experience to relaunch its brand and fame on the world market.

Fred Ross, owner of Donzi Marine, has already begun an important relaunch project at the beginning of this year with the appointment of Craig Barry at the helm of the company, and he highlights now the strategic importance of having the right partner representing Donzi as it is being revitalized. “We are working in a positive direction to bring our best to market while maintaining the Donzi heritage and legacy,” Ross said. “It is very important for us to have the correct dealers in place meaning those who have a strong sense and understanding of the brand. Knowledge of what Donzi is as a brand and follow-through, not just with sales but service, are what it’s all about, “ he continued. “Let’s face it boaters just want to go boating and have fun when work is done.”

Spencer Ship Monaco’s Founder & CEO, Craig Spencer Harvey, emphasizes his particular pride to reinitiate this relationship with his old friends at Donzi: “We have distributed this brand for many years and sold hundreds of units around the world through a network of fantastic agents and importers to enthusiastic owners and boaters in the past.” He continues – “Everyone LOVES the way Donzi looks on the water! They are fun, fast and incredibly designed and engineered. When you tell someone you own a Donzi, no further explanations are necessary.”

“Donzi will allow us to use our know-how and contacts to help develop export sales, for this US based company”. Craig mentioned “ we are looking forward to talking to our friends & contacts in the business that are located in greater Europe, The Middle East, Africa & Asia about Donzi, again.

With over 40 years of experience in the wholesale marine industry, we have a proven track record of identifying, setting up and servicing dealers, importers and agents around the globe. With our relationship in and around the worldwide industry Spencer Ship Monaco has become a natural extension of the boat company-factory expanding business experience.

The announcement of DONZI MARINE, together with the very recent announcement of STATEMENT MARINE, reinforces the positioning of Spencer Ship Monaco as an expert representative in the field of chase boats.

In early 2022, Fred Ross, owner of Fountain Powerboats and Donzi Marine in Washington, NC, launched a powerful new strategy focused on relaunching Donzi Marine, with the goal of reinvigorating its brand and bringing it back to global prominence.

In order to steward Donzi into next generation, Fred Ross has turned to a marine industry veteran, Craig Barrie. “I chose to go forward with Craig because he has the best insight into the Don Aronow brands,” Ross said. “I wanted to find the perfect match for Donzi, but I didn’t have the right person. Now, I do. Craig is the brand champion for Donzi,” he added. “He has control of it moving forward.”

Barrie, who was the general manager for Cigarette Racing Team for several years and later moved on to rebuild the Donzi brand in its post-American Marine Holdings era, has a home in Charlotte, N.C., just a few hours away from Donzi headquarters. He said he’s thrilled to be back at the helm of Donzi brand: “Donzi is a powerful and legendary brand, all we will do is strengthen Donzi as a major global high performance boat brand,” he said. “Opportunity is sitting right in front of us.” 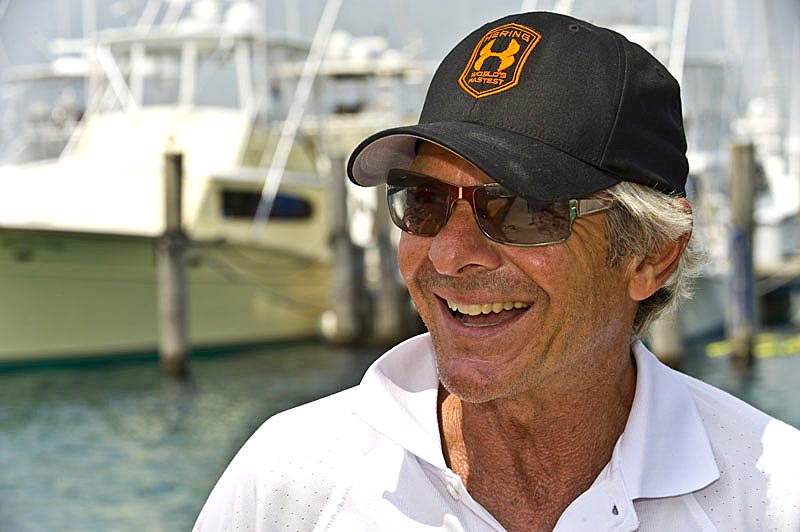 Barrie’s approach will be twofold: modernize the existing Donzi 38 ZRC, 38-foot center console and 29-foot ZR sportboat, and add three new models over the next two years. All changes will be incremental and all boats will retain the Donzi legacy and heritage.

As part of its revitalization, Donzi Marine has established a substantial dealer network – and that network is still growing.

The Donzi Story: Nearly 60 Years of Excellence.
Founded in 1964, Donzi Powerboats has been the power behind more than five decades of memories on the water.

The 1960’s were rough-and-tumble times for offshore racing. V-bottom design and fiberglass boat building technology were still emerging, and grueling ocean courses that spanned hundreds of miles through perilous seas often bested drivers and boats. Daredevil races were larger-than-life heroes, and during those times, the most prominent names in racing seemed to share one address: NE 188th Street in North Miami PL. “Thunderboat Row” was what they called it, and World Champion racer Don Aronow presided over it all.

During his illustrious career, Aronow created Formula, Cigarette, Magnum, and a handful of others, but in 1963 he was hard at work bringing Donzi to life. The first Donzis were 28-foot ocean racers. Gaining notoriety in the 1963 and ’64 Miami – Key West and Miami – Nassau races, they were grudgingly referred to by the competition as those “Damned Donzis”.

In 1964 Aronow debuted his first Donzi “Sweet 16” a boat with distinctive low-profile styling and a race-proven bottom. This boat would serve as the blueprint for Donzi models for years to come. By the time Aronow sold the company to marine-accessories conglomerate Teleflex, the Donzi reputation as a fast boat with great lines was clearly established.

Teleflex stayed the course that Aronow had plotter for Donzi, introducing 14’ and 18’ variants of the originals Sweet 16. In 1967 two former Teleflex executives John and Tim Chisholm bought Donzi and began to expand the line. Models introduced during their stewardship included the Criterion and Corsican, models still lauded by enthusiasts today.

In 1985, Jack Staples, former Chris Craft president Dick Gent, and Gordon Houser acquired Donzi, with the goal of increasing Donzi’s low-volume production of roughly 50 boats per year. Donzi left Miami in favor of Sarasota, many new models were introduced, and production was increased to nearly 400 boats annually. During this time, the Donzi “Z” line of performance boats was created, with the Z-33 Crossbow being one of the most sought-after performance boats of the 1980’s.

In 1988, marine-industry conglomerate OMC took the helm, with the goal of transforming Donzi into a true mass production operation. Unfortunately, OMC’s attempt to transform Donzi came at the perhaps the worst possible time, as boat saleswere in a period of unprecedent decline. In the end, OMC’s management approach proved to be less than ideally compatible with the Donzi customer base.

In 1993, American Marine Holdings stepped in. Chairman & CEO Lee Kimmell established a clear plan to return Donzi to its former prominence. He assembled a new team composed of some of the best and brightest minds in the business. Commencing an ambitious new product development campaign, the new Donzi design team rolled out a new line of ZX high performance boats – among the first to feature ventilated stepped-hull running surface.

Soon after, Donzi launched its first ZF performance center consoles. Designed in conjunction with top angles from the Southern Kingfish Association, the ZFs immediately began winning over both hardcore tournament anglers and weekend warriors alike with their combination of rugged utility, ample fishing features, and fast stable ride. The ZF has now evolved to include ZFX performance center consoles.

In 2002, Donzi returned to its racing roots with the introduction of the 38 ZR Competition race boat. In four short years, Donzi ZRs captured an incredible nine National and World championships in the APBA’s highly competitive Factory 2 and Super Vee classes, and in 2006, a 38 ZR won the European P – 1 Powerboat World Championship.

In 2005, Donzi launched an “offshore revoultion3 with an entire new line of ZR high performance models born and bred directly from its proven race boat. The ZRs took the industry by storm, and ZRs routinely grace the covers of boating magazines worldwide. They’ve been awarded Powerboat Magazine’s Award for Product Excellence, and They’ve won Robb Report’s prestigious 3Best of the Best” award. They have also been featured in Universal Pictures’ Miami Vice movie, and CSI: Miami, and even on The Daily Show of Jon Stewart.

Nearly 60 years since its birth, Donzi continues to build on its hard-earned reputation as an innovator. Whether winning tournaments with its acclaimed ZR models or pushing the performance envelope with its breathtaking ZR series, Donzis can be found ledding the pack just like they were in 1964. Some things never change!

We use cookies on our website to give you the most relevant experience by remembering your preferences and repeat visits. By clicking “Accept All”, you consent to the use of ALL the cookies. However, you may visit "Cookie Settings" to provide a controlled consent.
Cookie SettingsAccept All
Manage consent

This website uses cookies to improve your experience while you navigate through the website. Out of these, the cookies that are categorized as necessary are stored on your browser as they are essential for the working of basic functionalities of the website. We also use third-party cookies that help us analyze and understand how you use this website. These cookies will be stored in your browser only with your consent. You also have the option to opt-out of these cookies. But opting out of some of these cookies may affect your browsing experience.
Necessary Sempre abilitato
Necessary cookies are absolutely essential for the website to function properly. These cookies ensure basic functionalities and security features of the website, anonymously.
Functional
Functional cookies help to perform certain functionalities like sharing the content of the website on social media platforms, collect feedbacks, and other third-party features.
Performance
Performance cookies are used to understand and analyze the key performance indexes of the website which helps in delivering a better user experience for the visitors.
Analytics
Analytical cookies are used to understand how visitors interact with the website. These cookies help provide information on metrics the number of visitors, bounce rate, traffic source, etc.
Advertisement
Advertisement cookies are used to provide visitors with relevant ads and marketing campaigns. These cookies track visitors across websites and collect information to provide customized ads.
Others
Other uncategorized cookies are those that are being analyzed and have not been classified into a category as yet.
ACCETTA E SALVA